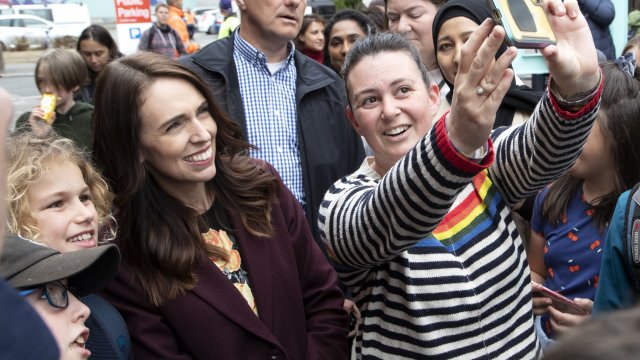 How did the prime minister of New Zealand become the global darling of progressives? And what can other politicians worldwide learn from her success?

"We've never had this much international attention," said Lara Greaves, a lecturer in New Zealand politics at the University of Auckland.

"We do like it when we seem to be punching above our weight on the world stage," added Bryce Edwards, a political analyst at Victoria University of Wellington.

How did the 40-year-old leader of a remote island nation become the global darling of progressives? And what can other politicians worldwide learn from her style?

Ardern has only been prime minister for 3 years but has been a trailblazer from the start. When she took office, she was the world's youngest female leader.

Soon after, she became the second head of state to give birth while in office.

But above all, her prime ministership has been defined by how she's united her nation of 5 million in times of crisis.

"She kind of almost rewrote the book on how to react in a crisis," said Greaves.

"She presented a more progressive way of dealing with terrorism," said Edwards.

"People really do feel that their lives have been saved by this prime minister," said Edwards.

Besides Ardern's crisis management skills, experts also attribute her success to her warm and down-to-earth personality, her relatable communication style and her ability to listen to people who know better.

"People kind of think of her as an auntie or a big sister rather than like a political leader," said Greaves.

"She'll do Facebook live videos in her pajamas," said Edwards, adding, "she comes across as someone that listens to experts and the science on things like COVID."

However, analysts note that Ardern has been criticized at home for putting style over substance.

"When you're trying to be everything to everyone, that does mean that you risk being a bit bland on your policy," said Greaves.

Now with her new mandate, she faces pressure from her supporters to fulfill promises she has struggled to achieve during her first term.