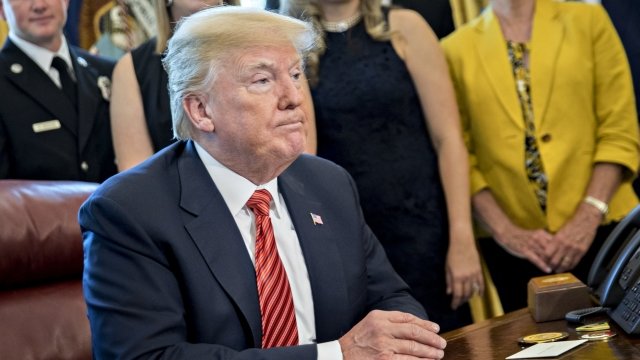 A federal judge ruled @realDonaldTrump is a public forum, so the president can't block anyone based on political speech.

The decision is in response to a lawsuit filed in July by a group of Twitter users. As Newsy previously reported, the users claim they were blocked by the @realDonaldTrump account after criticizing either the president or his policies.

The ruling states that the @realDonaldTrump account is a "designated public forum, and that the blocking of the plaintiffs based on their political speech constitutes viewpoint discrimination that violates the First Amendment."

The judge did not specifically order Trump to unblock the users who have been blocked from his account, but did say, "we must assume that the President and Scavino will remedy the blocking we have held to be unconstitutional."