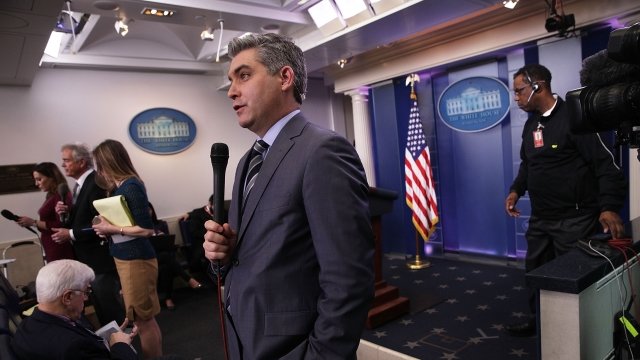 The temporary injunction was issued over the lawsuit's Fifth Amendment claims about due process.

The decision came Friday morning, and it was the first court ruling tied to CNN's lawsuit against President Donald Trump and others in his White House.

The judge's decision didn't touch on the First Amendment issue raised in the case. Rather, Acosta is getting his press pass back because of the due process claim. But the judge's ruling allows The White House to revoke Acosta's credentials again, if officials provide proper notice and due process.

Press Secretary Sarah Sanders confirmed the White House will obey the judge's order to "temporarily reinstate the reporter's press pass." But she said the Trump administration, "will also further develop rules and processes to ensure fair and orderly press conferences in the future. There must be decorum at the White House."

But this case isn't over yet as the judge's ruling is preliminary. There will be more hearings to get at the heart of the case, which is centered around First Amendment protections.