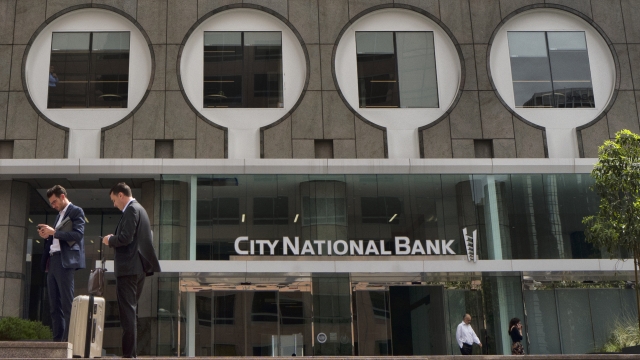 The DOJ settlement — the largest in its history — was in regards to allegations City National Bank redlined from 2017 to at least 2020.

The Department of Justice announced the largest redlining settlement in its history. The massive $31 million agreement settles allegations Los Angeles-based City National Bank avoided lending in majority Black and Hispanic neighborhoods from 2017 to at least 2020.

The Justice Department says out of the bank's 11 branches opened in the last 20 years, only one was in a majority-minority neighborhood, and there was no dedicated mortgage-underwriter at that location, as opposed to branches in majority white neighborhoods.

The agreement is a landmark one for a Biden administration program to target redlining and a huge blow to the financial institution owned by the Royal Bank of Canada — one of the largest banks in the country and the biggest in Los Angeles.

"The maps literally show us that Black neighborhoods were not protected from foreclosure and white neighborhoods, many were protected," said Johnny Finn, a professor at Christopher Newport University.

The allegations against City National Bank are recent, but redlining is nothing new. It extends back decades, with lengthy ripple effects.

"It doesn't just live only in economic inequality in the present day; it kind of compounds into environmental inequality and also into health inequality," Finn said.

Cassandra Newby-Alexander is a history professor who's been watching the impacts of redlining on families for years.

"They tend to have fewer resources," Newby-Alexander said. "There tends to be a brokenness to the neighborhoods. We can't just move on because the damage has already been done. All it will do is get worse."

The DOJ alleges it's still happening, but it's hoping this historic settlement will chip away at the practice and level the playing field.

Most U.S. cities designate land only for single-family homes, meaning those who can't afford one are restricted to lower-income neighborhoods.