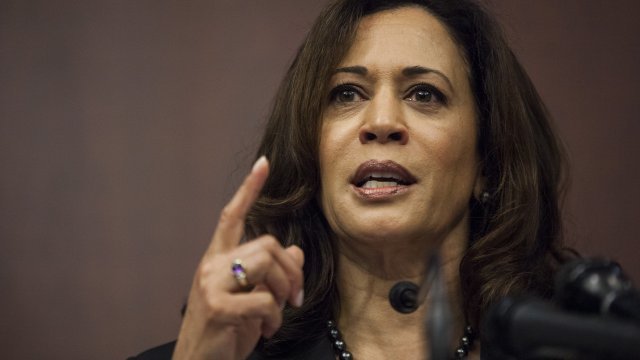 Sen. Kamala Harris' support could help give the bill some steam.

Harris announced the move at a town hall event last week, saying "health care should be a right, not a privilege."

Harris is the first Democratic senator to co-sponsor the bill, and her early support and rising status within the party could help the legislation take off.

Also known as single-payer health care, the plan would expand the safety net for people over 65 to all Americans.

A Senate freshman, Harris' popularity came early on. She was mentioned as a possible vice presidential pick for Hillary Clinton and a potential successor to late Justice Antonin Scalia on the U.S. Supreme Court. She's also been the topic of widespread speculation about a 2020 presidential run.

Harris received over 60 percent of the vote in California's Senate race and gained media attention as a tough interrogator during recent Senate hearings on the Russia investigation.

She's also been praised by members of the Democratic establishment. Support from someone like her could help bridge the party gap between more progressive Sanders supporters and traditional Democrats.

Sanders' bill aims to provide universal health care coverage without copays or deductibles. It will be introduced this month.