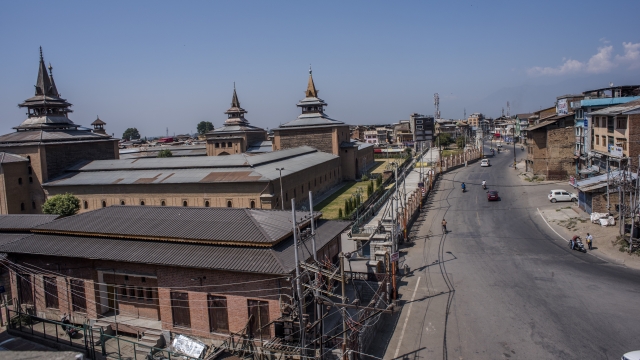 Many consider the vote to be illegitimate because most major parties boycotted the vote and many local politicians are detained.

Kashmiris headed to the polls Thursday to elect the leaders of more than 300 local councils. It's the first local election since since the region lost its autonomy in August.

Kashmir's Department of Information and Public Relations reports polling places were peaceful and saw a staggering 98.3% voter turnout. But many feel the vote is illegitimate because so many local politicians are in jail, leading the major political parties — aside from Prime Minister Narendra Modi's BJP party — to boycott.

Back in August, India revoked Kashmir's autonomous status. That means the disputed territory no longer has the right to its own constitution. Modi, a Hindu nationalist, has said the decision will free the Muslim-majority region of "terrorism."

Protests broke out and tens of thousands of Indian troops were deployed to the region on Aug. 5. Kashmiri government sources told AFP that at least 4,000 people, including many politicians, have been detained.

With the main parties out of the running, independent candidates won around 70% of the seats. BJP won about 26%.