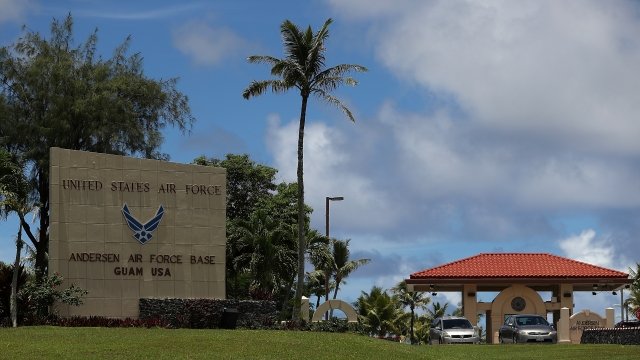 Analysts say North Korea could be waiting to see what the U.S. does before acting on the initial plan to strike near the U.S. territory of Guam.

North Korea's Kim Jong-un seemed to ease his rhetoric Tuesday on any plans of firing missiles toward Guam.

State media reports Kim said he'd "watch a little more [of] the foolish and stupid conduct of the Yankees" before deciding to strike.

North Korea's military had said it'd have a plan to strike the waters near the U.S. territory by mid-August. Kim would just have to OK it.

After heated exchanges between the U.S. and the North last week, several outlets say Kim pausing strikes near Guam is a step down in tension.

We can't say exactly what led to Kim's decision, but a couple of important developments have happened since the initial threat against the U.S. island.

On Monday, China said when it would begin enforcing the United Nation's economic sanctions against North Korea.

Musk has been a pretty vocal critic of AI, and his comments come amid escalating tensions between the U.S. and North Korea.

China is considered the North's greatest ally and its economic lifeline.

Some say China following through with the order to impose sanctions suggests a slight break in ties with North Korea.

And the chairman of the joint chiefs of staff said the U.S. was prepared to use its "full range" of military capabilities against the North.

Some analysts think Kim is now waiting to see if the U.S. also de-escalates. Kim never said he had abandoned the Guam plan for good.