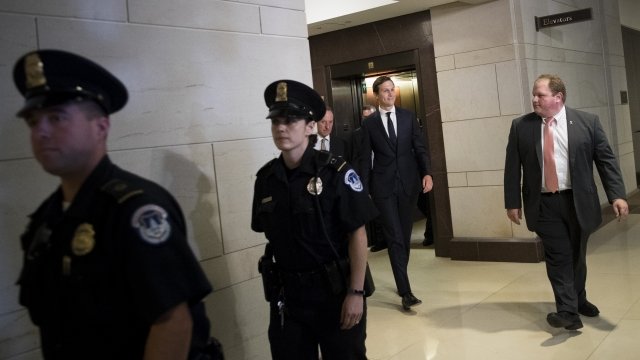 Kushner reportedly met with special counsel Robert Mueller's team last month, and he could be called to interview again.

Former national security adviser Mike Flynn has agreed to cooperate with special counsel Robert Mueller's investigation into Russian meddling. That could be bad news for one member of President Donald Trump's inner circle.

Paul Manafort's lawyers say the agreement would let the former Trump campaign adviser "mount his defense of this case."

Kushner already seems to be an important figure in Mueller's investigation, as well as other Russia investigations on Capitol Hill. The New York Times reports that Mueller's team briefly interviewed Kushner in November and could be called to interview again.