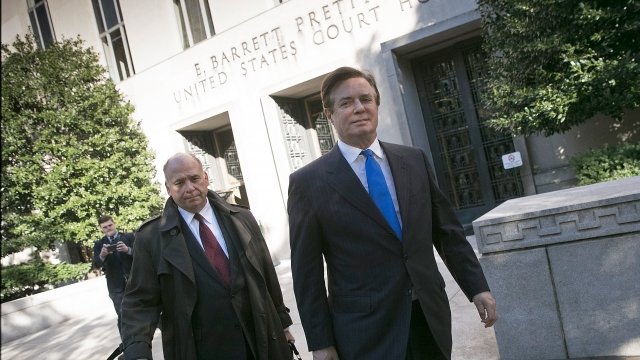 Paul Manafort's lawyers say the agreement would let the former Trump campaign adviser "mount his defense of this case."

President Donald Trump's ex-campaign manager Paul Manafort has made a bail deal worth about $11.7 million with prosecutors.

A judge still has to OK the agreement, but it would free Manafort from house arrest and GPS monitoring and let him travel to Virginia, New York, Florida and Washington, D.C. Any other domestic travel would require the court's permission. Manafort has staked four of his properties on the deal; he's also forfeited three passports and promised not to travel internationally.

Manafort's lawyers said the agreement would "permit Mr. Manafort to conduct his business and mount his defense of this case."

Manafort and co-defendant Rick Gates have been under house arrest since Oct. 30. Charges against them include conspiracy against the United States, conspiracy to launder money and making false statements.