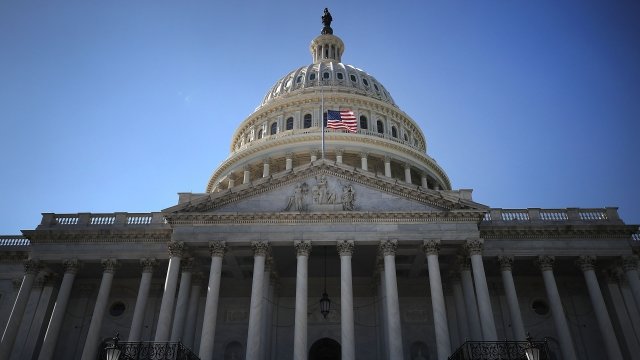 Congress didn't reauthorize the funding for the Children's Health Insurance Program at the end of September.

There's been a lot going on in Washington, D.C., lately and a lot has gone a bit under the radar, including a program that funds health care for kids.

CHIP, or the Children's Health Insurance Program, has been around for 20 years. The law, which President Bill Clinton signed, helps provide health insurance to about 9 million kids; it was created for families who can't afford health care but make too much money to receive Medicaid.

It's a partnership between the federal government and states and is mostly funded out of D.C. The states get a bunch of flexibility in how their programs run as long as they follow some pretty broad guidelines.

The program has always had bipartisan support; Congress reauthorized it multiple times over the years but recently let the funding run out on Sept. 30. And the coffers are already drying up.

If the funding for CHIP runs out, 4 million could lose coverage. Some states could move enrollees over to Medicaid, but not all states link the two.

Some states have already received extra federal dollars to tide them over, but that won't last long. All told, the program cost the federal government about $13.6 billion in 2016 and covered things like prescriptions, doctor visits, shots and emergency services.

It's not really clear how much work is being done behind the scenes to reauthorize CHIP funding for 2018. But if Congress doesn't get moving, we could start seeing the effects as early as next year.