As Las Vegas Heals From The Deadly Shooting, Police Look For A Motive 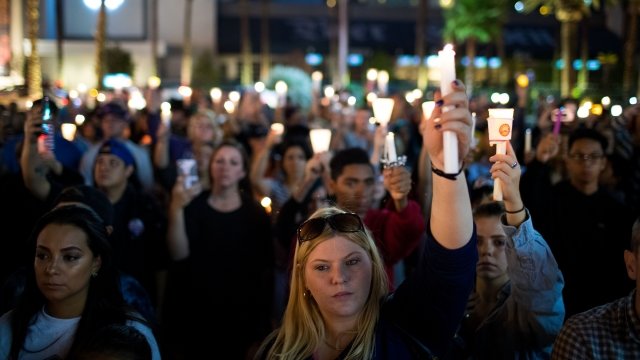 As Las Vegas heals after the worst mass shooting in modern U.S. history, authorities are working hard to find out what sparked the deadly attack.

"What we know is Stephen Paddock is a man who spent decades acquiring weapons and ammo and living a secret life, much of which will never be fully understood," Lombardo told reporters.

Officials say 12 of the firearms found in the gunman's Mandalay Bay hotel room were equipped with what's called a bump stock or a bump-fire stock.

But Lombardo said they do know the gunman "meticulously" planned the shooting and that it's logical to assume "he had to have some help at some point."

In gunman's girlfriend first public statement since the attack, she said he sent her on a trip to the Philippines to see her family and wired her money. But according to the statement, she had no idea he was planning to hurt anyone.

It's unclear exactly how long it will take authorities to find the answers they're looking for. But Las Vegas is taking action to prevent something like this from happening again.

At least one hotel on the strip reportedly started screening visitors after the shooting. And other businesses in the area will likely follow suit.