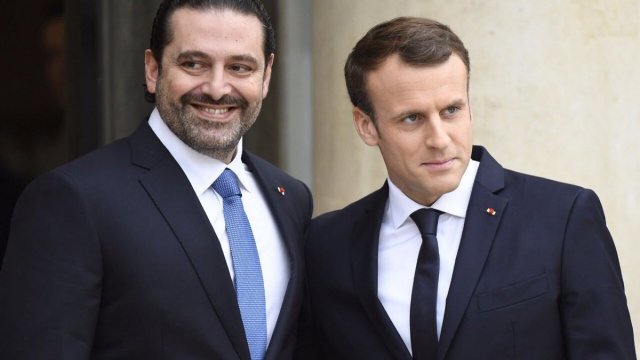 Hariri was in Saudi Arabia for two weeks, leading to speculation he wasn't allowed to leave.

Lebanon's Prime Minister Saad al-Hariri said he'll soon return home. A trip to France ended his weekslong stay in Saudi Arabia that led to speculation he was being held against his will.

While in Paris, Hariri met with French President Emmanuel Macron and said he would be back in Beirut in a few days, in time for Lebanon's Independence Day celebrations.

Earlier this month, Hariri traveled to the Saudi Arabian capital of Riyadh, where he gave a televised announcement he was stepping down as prime minister. He claimed he feared for his life and that Iran was interfering in other Arab states' affairs — with the help of Hezbollah.

The anti-corruption campaign kicked off Saturday when 11 other princes, four ministers and a number of former ministers were arrested.

Lebanon's president said he would wait for Hariri to return before moving ahead with finding a replacement. Lebanon's constitution requires a Sunni Muslim hold the office of prime minister.

Saudi Arabia is a heavy backer of Hariri; his unorthodox stay in Saudi Arabia and out-of-character phrasing in his televised resignation led many to believe he was being coerced by Saudi leaders.