Lonzo Ball's Brothers Are Going Pro, Too ... In Lithuania 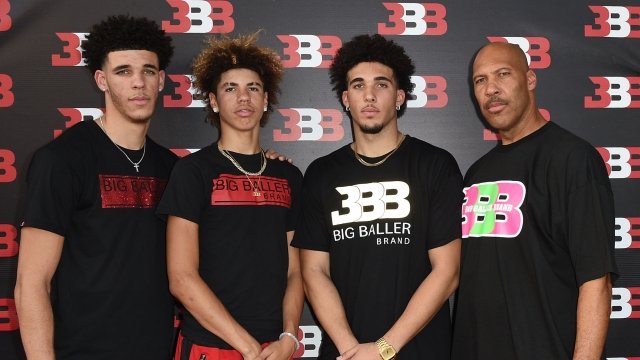 Their father, LaVar Ball, pulled LiAngelo and LaMelo out of their respective schools to get them ready for the NBA.

The Ball family is going international. LiAngelo and LaMelo Ball both signed one-year deals to play professional basketball in Lithuania.

Their father, LaVar Ball, had already pulled both of them out of their respective schools.

LiAngelo left UCLA this month after being suspended from the team for shoplifting while in China.

President Donald Trump stepped in to help get LiAngelo and two of his teammates back to the U.S. If you remember, Trump and LaVar had a very public spat about that.

And LaVar pulled LaMelo out of high school in October — with the goal of training LaMelo for the NBA.

High school basketball player LaMelo Ball is selling his own line of $400 shoes. But that could make him ineligible to play college basketball.

LaVar said he wants both sons to play in the NBA, and ideally, he wants the Los Angeles Lakers to draft them so they can play alongside their older brother Lonzo.

But unlike Lonzo, who entered the league as the No. 2 pick, scouts have cast doubt on the younger brothers' prospects.