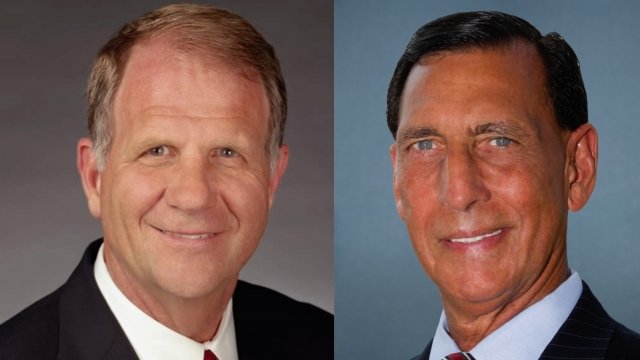 Reps. Frank A. LoBiondo and Ted Poe both said Tuesday they will retire but had seemingly different reasons.

Democrats need roughly two dozen more seats to win back the U.S. House in 2018. And some say the wave of Republicans leaving only helps their chances.

But Reps. Frank A. LoBiondo and Ted Poe seem to be retiring for different reasons.

A new book highlights both Bush presidents — as well as their thoughts on President Donald Trump.

Poe said he wanted to spend more time with his family. LoBiondo, on the other hand, gave a fierce critique of Congress.

LoBiondo's frustration with a divisive and uncompromising government falls in line with what fellow Republicans Jeff Flake and Charlie Dent said when they announced they were leaving Congress.

Moderate Republicans becoming frustrated and leaving could be good news for Democrats because a number of those more centrist representatives — including LoBiondo — come from competitive districts.

But the bad news for the left is the majority of Republicans who've said they're not coming back are from red-leaning states. And with several moderates leaving, the House could be both Republican-led and more polarized come 2019.