Louisiana Woman Was Denied An Abortion For Fetus Without A Skull 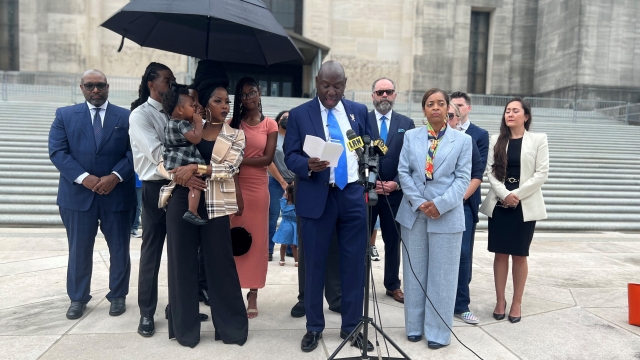 Nancy Davis is pushing back against a Louisiana hospital she claims denied her an abortion after telling her the fetus would not survive.

It's a tough and painful road ahead for a Louisiana mother and father who had their worlds turned upside down at one doctor's appointment. Nancy Davis and the father of her children, Sedrick Cole, are now at the center of Louisiana's newest abortion exception battle.

"It's just unfair that they want me to carry my baby just to bury my baby," Davis said. "This has been very traumatizing, so I'm just taking it day by day."The couple already has three kids, but they wanted a bigger family. "This was a planned pregnancy that we were definitely looking forward to," Cole said. "It's very hard," Davis said. "It's very hard, and it's a very complicated decision."At her first ultrasound appointment, doctors at Woman's Hospital in Baton Rouge, Louisiana told Davis her fetus had a fatal condition where the skull doesn't fully form.Davis says doctors originally agreed to perform an abortion but later said Louisiana abortion law prohibited the procedure."The attorney general did contend that the law is clear, to which we say the law is clear as mud," attorney Ben Crump said. "That's why we're calling on the governor and the legislature to call a special session to clear up these vague and unambiguous laws."A group of almost 40 Louisiana legislators said in a letter that the hospital staff had "grossly misinterpreted this exception."Newsy reached out to Woman's Hospital. They said there's been a lot of discussion over the interpretation of some of the new legislation and what it means for treatment for these unsuccessful pregnancies.

A Judge Ruled Abortion Clinics In Louisiana Can Continue Operating

Nancy Davis spoke publicly in Baton Rouge Friday, saying she hopes no other woman has to go through what she has had to endure.At 13 weeks, Davis and Cole are now headed out of state to do what they think is best, while the future of their family is unclear."After going through all of this, I'm unsure about maybe, possibly having more kids," Davis said."I support her in whatever she wants to do," Cole said. "It may have some lasting effects, so I've just got to keep all that in mind, try not to be selfish. But... I definitely would want to try again."