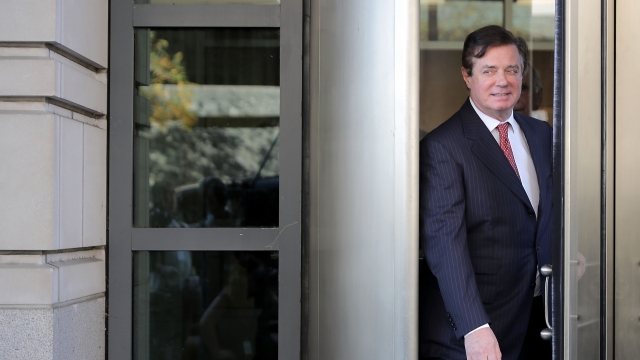 Manafort's lawyers said he should ultimately be handed a sentence "significantly below the statutory maximum" of 10 years."

His lawyers said Manafort should ultimately be handed a sentence "significantly below the statutory maximum" of 10 years.

In the memo, Manafort's lawyers attempted to downplay the seriousness of his actions, describing them as "garden-variety crimes."

They also claimed that special counsel Robert Mueller only prosecuted Manafort because he was "unable to establish that Mr. Manafort engaged in any Russia collusion."

The memo from Manafort's legal team comes after Mueller's team filed a similar document over the weekend. In it, the prosecutors didn't suggest a specific sentence for Manafort but said he "chose repeatedly and knowingly to violate the law."