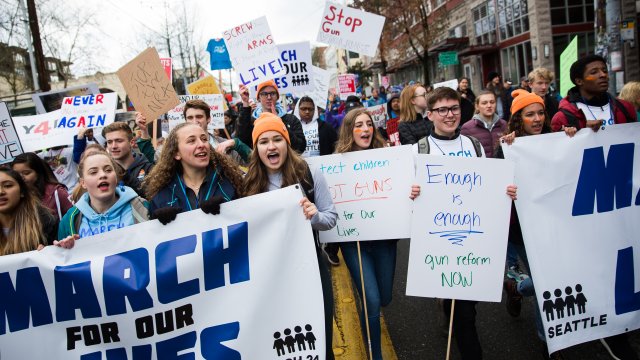 The student-founded organization released what it's calling "A Peace Plan for a Safer America" ahead of the 2020 election.

The group started by survivors of the 2018 mass school shooting in Parkland, Florida, released its "Peace Plan for a Safer America" ahead of the 2020 presidential election.

The proposal calls on the next administration to acknowledge that only "bold, new solutions" can resolve the unprecedented level of gun violence in the U.S.

Their proposed solutions include raising the age to buy a gun from 18 to 21; banning assault weapons and high-capacity magazines; creating a "Safety Corps" for gun violence; and appointing a national director of gun violence prevention who would report directly to the president.

The plan reads, in part: "The next President must act with a fierce urgency to call this crisis what it is: a national public health emergency."

The proposal's release comes just weeks after dozens of people were killed or injured during mass shootings in Texas and Ohio.

Not long after the shootings, President Donald Trump said he was looking to make changes. But after a reported visit from NRA chief Wayne LaPierre, the president's tone notably shifted and he focused his attention toward mental health.