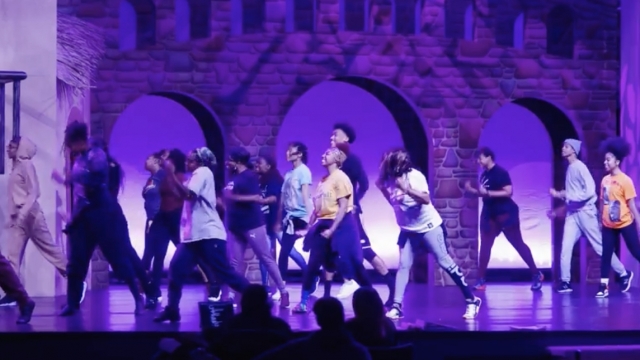 It's a familiar story told from a unique perspective, brought to life by legendary artists with nearly a dozen Grammy Awards altogether.

For more than a decade, some of the biggest names in Gospel music have taken to the stage for "Someway, Somehow," a production where gospel meets Broadway meets the nativity.

Creators Anthony Brown and Joshua Jenkins say the cast of more than 70 actors, singers and dancers have been rehearsing for months.

"Each year, we we try to bring something fresh, and we wrap our minds around who these characters are, what is their objective," Jenkins said.

They cast BeBe Winans, a six-time Grammy-award-winning artist, as King Herod. Winans says he hopes to bring bits of his own personality to the Biblical antagonist.

"At my age, I've said to myself, 'If it's not fun, I don't want to be a part of it,'" Winans said. "There is element of a little bit more authoritative that is different from who I am, but I can enjoy that at the same time."

Operation Santa: How You And The USPS Can Help People In Need

David Mann, who plays the role of both a wise man and an angel, got his start singing with fellow artist Kirk Franklin; then he acted alongside Tyler Perry in the Christian-themed "Madea" plays and films.

"I've been doing this 31 years, and I didn't realize it because you get to doing what you do and you just forget… until somebody reminds you you getting old," Mann said.

Some of the biggest artists in music — like John Legend, Brandy and the late Whitney Houston — got their start in churches.

While the gospel genre has infused everything from ragtime to blues to hip hop over the years, the gospel artists say the core message remains the same.

"We're in a time now definitely where we need some good news," Mann said. "I mean, there's so much going on. We just came out of a pandemic, and stuff happening in the world, war and all that. We are called to bring the good news of our Lord and Savior Jesus Christ."

"This play is a tool to spread love, to spread hope," Jenkins said. "The music is just, it's a bonus."