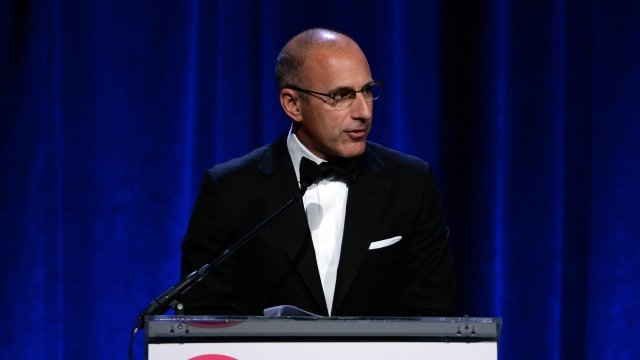 Former "Today" show anchor Matt Lauer released a statement Thursday regarding the sexual misconduct allegations that got him fired from NBC News.

Lauer said, "There are no words to express my sorrow and regret for the pain I have caused others by words and actions. To the people I have hurt, I am truly sorry ... Some of what is being said about me is untrue or mischaracterized, but there is enough truth in these stories to make me feel embarrassed and ashamed."

Lauer's firing was announced by his former co-anchor Savannah Guthrie on Wednesday.

"Seeing Allred" will premiere at the festival, then head to Netflix in early 2018.

NBC News' chairman said the network took action against Lauer after an employee filed a complaint. Later on Wednesday, a Variety report detailed allegations against Lauer from three women.