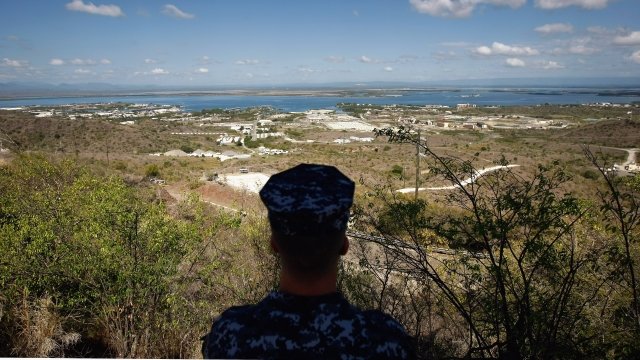 Mattis' trip was the first by a Pentagon chief in over 15 years.

U.S. Defense Secretary Jim Mattis visited the U.S. Navy base at Guantanamo Bay, Cuba. His trip was the first by a Pentagon chief in over 15 years.

US Defense Secretary At DMZ: 'Our Goal Is Not War' With North Korea

At the Demilitarized Zone on Friday, Defense Secretary Jim Mattis said the U.S. is still committed to resolving tensions with North Korea peacefully.

The latter of which makes sense — we don't know what the Trump administration will do with Gitmo. Former President Barack Obama reduced the number of detainees and tried to close the facility, but Congress stymied the effort.

There are currently 41 inmates still housed at Guantanamo.