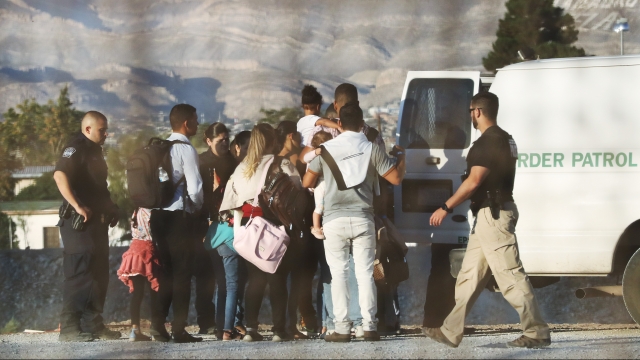 Acting Homeland Security Secretary Kevin McAleenan said the agency needs more resources to take care of the influx of migrants at the border.

During his testimony before the House Oversight Committee Thursday, Acting Homeland Security Secretary Kevin McAleenan echoed previous concerns that the country is "facing an unprecedented crisis at the border." He told lawmakers the agency needs more money to alleviate overcrowding in migrant facilities.

So far, at least seven children have died in U.S. custody since last year.

McAleenan said the agency needs more resources to take care of the influx of migrants at the border. He said the number of rescues is up this year. He told lawmakers Border Patrol agents are jumping in the water at least once a day to save families. He said the agency makes over 4,000 rescues a year and that they've already made 3,800 rescues so far.

The number of apprehensions along the U.S.-Mexico border dropped in June. U.S. Customs and Border Protection usually sees a drop in apprehensions during the summer months. However, it's important to note, there were more apprehensions last month compared to the same month last year.

Earlier this month, President Donald Trump signed a nearly $4.6 billion emergency aid package for the border. McAleenan said DHS has already started receiving those funds from Congress. When asked about how the money will be used, he said about half of the funding is dedicated to enhance temporary facilities at the border to "reduce overcrowding and improve the care" of those who are in custody. He said they've already erected four temporary soft sided facilities.

The hearing comes during a time when multiple reports of poor conditions at migrant facilities on the southern border are surfacing.

According to a new report, children at some facilities in Texas had no access to showers and limited access to a change of clothes. It also said children were not provided with hot meals, which Border Patrol management blamed it on overcrowding.