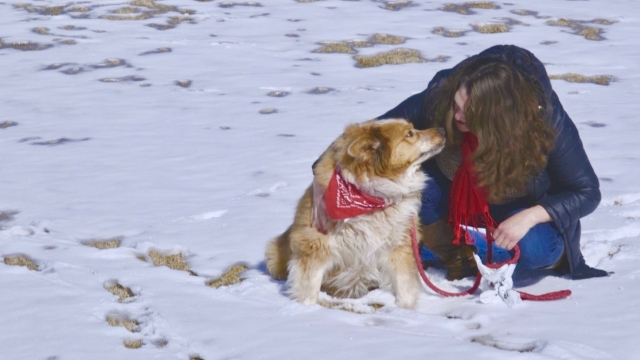 February is national heart month. What do you visualize when you think of heart disease? While four out of five people who die of coronary heart disease are 65 or older, heart trouble isn't limited to that demographic. This month, Newsy is looking at stories of unlikely young patients who are sharing their stories to bring awareness to heart health.

Sherryn Hensley doesn’t fit a stereotype of a heart attack patient, but she has had 5 attacks since age 37. The writer and mother of two had no medical history of heart disease. She ate healthy, kickboxed six days a week, and hiked regularly. Then one day, during a workout-she felt a pull in her chest.

But she was having a heart attack, caused by something called SCAD — or Spontaneous Coronary Artery Dissection. It’s when a sudden tear develops in the wall of one or more arteries to the heart, causing blood to split between two layers of the artery wall. This tear blocks blood flow and can cause a heart attack.

"It's a sudden event, predominantly in younger women, that kind of comes out of the blue," said Dr. Sameer Mehta, an Interventional Cardiologist for Denver Heart at Rose Medical Center and one of Hensley's cardiologists.

An Egg A Day May Keep Cardiovascular Disease Away, New Study Says

According to a new study, people who consumed an average of one egg per day had a lower risk of cardiovascular disease.

"I remember the emergency room doctor coming up and talking to me," Hensley recalled. "And she said 'I don't know what's going on. You're 37. You're healthy. You've had two heart attacks in 10 days. Something is wrong.' And I remember the look on her face. She had tears in her eyes and she said, 'Do you have kids?' and I said ‘yes, my boys are 6 and 8.” And just, the look on her face. I knew that she I knew she thought I was dying."

Despite having many common symptoms like, nausea, chest pain, shortness of breath, even elevated biomarkers that can signal a heart attack – Sherryn Hensley’s family doctor, ER doctors, and two different cardiologists told her they believed that nothing was wrong.

"We did stress tests. We did echoes. We looked for like a congenital heart defect that maybe I didn't know I had. We looked for everything," but Hensley said doctors told her that her tests were coming back normal.

"I was signing the discharge paperwork. And I said I don't feel so good. And the whole room went gray. Fortunately it was right in front of the interventional cardiologist in the emergency room with all the equipment right there," Hensley said. "And so it was a quick trip into the cath lab and too much of the cardiologists surprise, even though my test results look normal. There was no blood flow to the left side of my heart."

The Protein That Makes Your Heart Think It's Exercising

Researchers found that a protein can give our hearts the same benefits as a good workout. It might one day help patients recover from heart failure.

There is no definitive drug treatment for SCAD. Some patients are prescribed long-term aspirin or blood thinners. Often times, surgery is the answer. Hensley takes a slew of medications and has had 15 stents put in, to keep her arteries open. She still hikes, but doesn’t kickbox any more. Dr. Mehta says recovery for SCAD patients can be a slow process.

"The idea over time is to go back to normal life. The challenge is because this is a very traumatic event. There's a lot of psychological recovery that has to happen," Mehta told Newsy.

"It's really hard to get back up and keep going after every setback, because you know there's gonna be another setback. I feel like like my body is a time bomb. I've had multiple dissections. Even though there's nothing left to dissect in the two arteries that were problematic, we know that there is a good chance that my third artery is also going to dissect at some point. We don't know when," she said.

As part of her mental recovery, Hensley has taken to social media — sharing her story and networking with hundreds of other women, survivors like her. She's even written a book about her experience. For her, it’s about one message: Listen to your body, even if you think you’re in perfect health.

"SCAD is the leading cause and heart attacks in women under the age of 50. Just to live just my life in a way that would make all those women who didn't make it proud you know," Hensley said.

Atherosclerosis, which is blocking of the heart arteries starts showing up before we're 10 years old." Dr. Mehta said. "We can all look up stories of things happening to young people. So as much as we feel invincible at that age we're not. So again, it really is being proactive ahead of time."