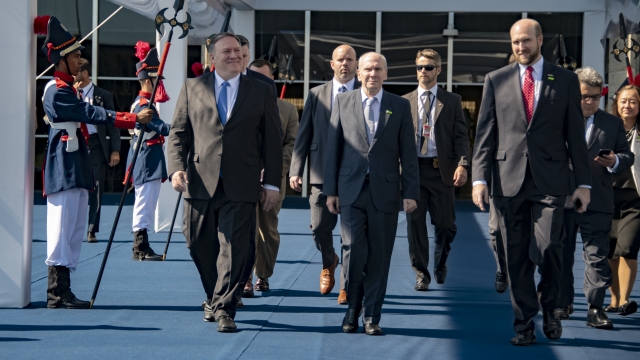 Former State Department adviser Michael McKinley is appearing before House committees Wednesday as part of the impeachment probe into President Donald Trump. That's according to two congressional sources. His testimony behind closed doors will be transcribed, which indicates that the former adviser wasn't subpoenaed.

McKinley resigned as Secretary of State Mike Pompeo's senior adviser last week. According to the Washington Post, McKinley was "closely involved" in the Trump administration's policies on Venezuela, Mexico, Southeast Asia and Afghanistan.

On Friday, Pompeo said McKinley is leaving to "pursue other opportunities." But the Post reports he was unhappy with Pompeo's "lack of public support" for department officials implicated in the Ukraine controversy.

The next person set to appear before the committees is U.S. Ambassador to the EU Gordon Sondland — whom the State Department told not to appear for a congressional interview last week. He's scheduled to testify Thursday. Lawmakers are also considering bringing in former national security adviser John Bolton.