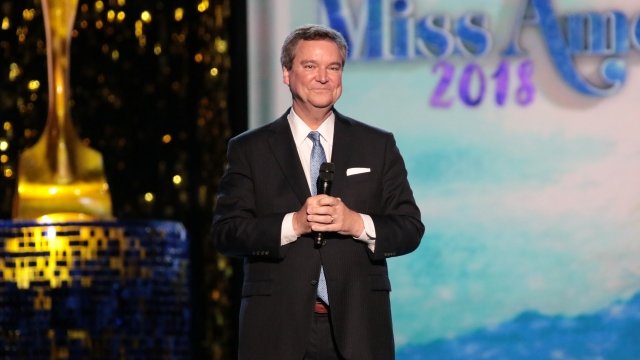 Dick Clark Productions terminated its relationship with the Miss America Organization after the emails were leaked Thursday.

The Miss America Organization needs to search for a new TV partner after an email scandal caused Dick Clark Productions to terminate its relationship with the pageant system.

HuffPost reported Thursday that senior leadership at the Miss America Organization degraded former pageant winners in internal emails. Some of the emails date back to 2014.

Over several correspondences, Chairman and CEO Sam Haskell and others body-shamed and slut-shamed Mallory Hagan, the 2013 titleholder.

In other emails, Haskell and board members reportedly ridiculed former Miss America Gretchen Carlson. He also joked with a writer for the pageant about another former winner, Kate Shindle, dying.

In a statement, Dick Clark Productions said it was "appalled" by the "unacceptable content" in the emails.

The Miss America Organization told The Associated Press that Haskell has already apologized to its board. It did not say if he'd apologized to the women named in the emails.

The Miss America Organization has been around since 1921. It crowned its latest titleholder, Cara Mund, back in September.