Mitt Romney Is Running For The US Senate In Utah 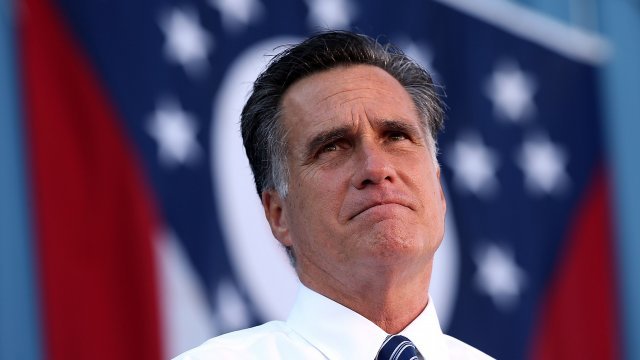 Romney announced his campaign in a video posted online Friday.

Mitt Romney is running for the U.S. Senate in Utah.

He announced his campaign in a video posted online Friday.

"I have decided to run for United States Senate because I believe I can help bring Utah's values and Utah's lessons to Washington," Romney said.

Mitt Romney Was Reportedly Treated For Prostate Cancer Over The Summer

It's been speculated that Mitt Romney could be a possible candidate to replace Republican U.S. Sen. Orrin Hatch of Utah.

Romney's announcement isn't exactly a surprise. Earlier this month, he tweeted that he'd be making an announcement Feb. 15 about the Senate race in Utah.

As we previously reported, Romney is pretty popular in the deep-red state. And he's not expected to face stiff competition.

Romney is looking to replace Sen. Orrin Hatch, who announced earlier this year he's not running for re-election.