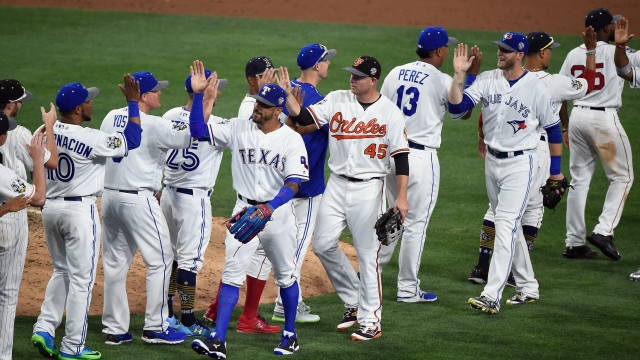 Thanks to a new collective bargaining agreement, the All-Star Game will no longer decide who gets home-field advantage in the World Series.

One of the most confusing rules in sports is finally gone.

Major League Baseball is cutting the link between the winning league of the All-Star Game and home field advantage for the World Series.

SEE MORE: The 'W' Flag Was Practical Before It Was Iconic

The rule came about after then-Commissioner Bud Selig was booed for letting the 2002 Midsummer Classic end in a tie. Afterward, he and all 30 owners agreed to make the game more meaningful by tying it to the World Series.

But giving the All-Star Game significance in an actual competition seems unfair. Why give one World Series team home-field advantage for something it didn't do?

Last season, the Cubs had the best record in baseball, by far. But the team had to win a decisive game seven in Cleveland because the San Francisco Giants' Johnny Cueto had pitched poorly a few months earlier.

Now, the team with the best record will get home-field advantage, just like other major sports that have a seven-game championship series.