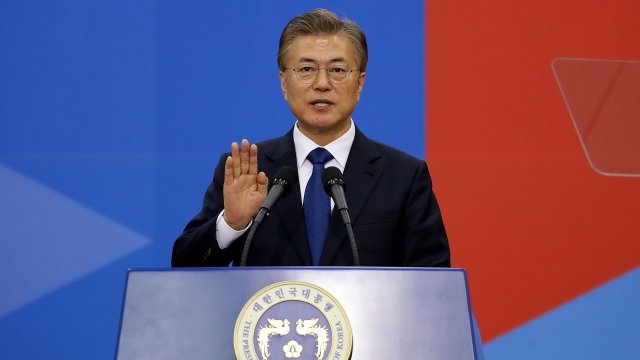 The two leaders will meet in a historic summit April 27.

Leaders from North and South Korea will meet with each other for a rare summit on April 27.

The meeting between North Korea's leader Kim Jong-un and South Korean President Moon Jae-in will take place in a village in the demilitarized zone dividing the two countries.

The two Koreas reportedly agreed to hold such a summit in early March when Moon sent two envoys to North Korea to meet with Kim.

Tensions on the Korean Peninsula began thawing earlier this year ahead of the 2018 Winter Olympics in Pyeongchang.

Kim's sister visited South Korea for the games in February, and she became the first member of her family to visit the country since the Korean War.

The last inter-Korean summit was held in 2007.