More Than 200 Afghans Arrive In U.S. On First Evacuation Flight 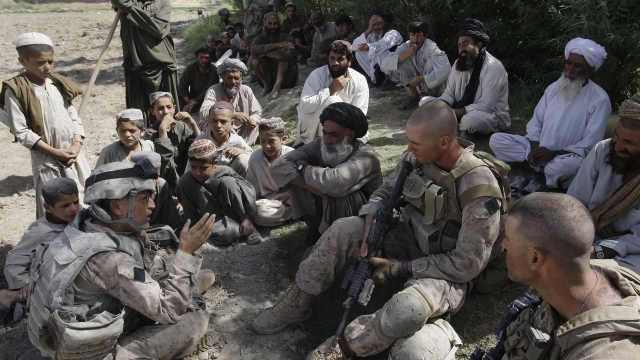 The newly arrived Afghan people will join 70,000 others who have resettled in the United States since 2008 under the special visa program.

The first flight evacuating Afghans who worked alongside Americans in Afghanistan brought more than 200 people, scores of them children and babies in arms, to new lives in the United States on Friday, and President Joe Biden said he was proud to welcome them home.

The launch of the evacuation flights, bringing out former interpreters and others who fear retaliation from Afghanistan's Taliban for having worked with American service members and civilians, highlights American uncertainty about how Afghanistan's government and military will fare after the last U.S. combat forces leave that country in the coming weeks.

Family members are accompanying  the interpreters, translators and others on the flights out. The first evacuation flight carried 221 Afghans under the special visa program, including 57 children and 15 babies.

Friday's flight was "an important milestone as we continue to fulfill our promise to the thousands of Afghan nationals who served shoulder-to-shoulder with American troops and diplomats over the last 20 years in Afghanistan," Biden said.

"Most of all," Biden said in a statement, "I want to thank these brave AFghans for standing with the United States, and today, I am proud to say to them: 'Welcome Home.'"

For Afghan Interpreters Outside Kabul, A Dangerous Journey Lies Ahead

Getting to Hamid Karzai International Airport in Kabul means risking their lives.

Secretary of State Antony Blinken and Secretary of Defense Lloyd Austin lauded the Afghans for their work alongside Americans and said their arrival demonstrates the U.S. government’s commitment to them.

But a refugee agency said the Biden administration appeared to be still scrambling to figure out the resettlement of thousands more of the Afghans, and it urged Biden to bring them quickly to the U.S. or a U.S. territory, such as Guam.

Congress on Thursday overwhelmingly approved legislation that would allow an additional 8,000 visas and $500 million in funding for the Afghan visa program.

The United States has been talking with Qatar and Kuwait about temporarily hosting thousands of other Afghan interpreters who are much further along in their visa application process than Friday's arrivals.

The newly arrived Afghan people will join 70,000 others who have resettled in the United States since 2008 under the special visa program.