More Than 50 Dead In Brazilian Flooding And Landslides 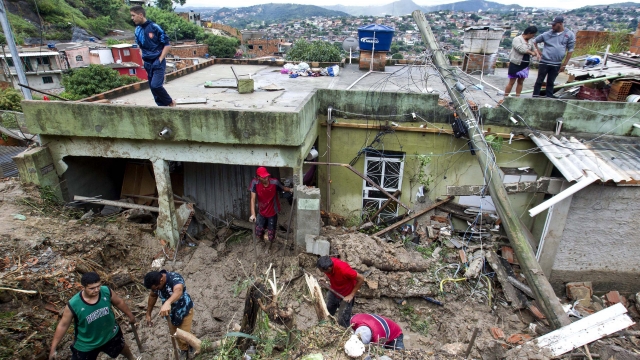 Death toll continues to rise as heavy rains beat down in southeastern Brazil.

At least 53 people are dead in southeastern Brazil as heavy rainstorms continue to beat down on the region, causing landslides and flooding.

The Associated Press reports that the city of Belo Horizonte received 7 inches of rain in one day — the highest recorded amount in more than 100 years.

Over a dozen people are missing, and a state of emergency has been declared in 99 cities. More than 20,000 people have been evacuated from affected areas.

The severe weather comes on the anniversary of a deadly dam collapse in the same region of Brazil. The mining dam ruptured a year ago, killing over 100 people and releasing mining waste. Crews are still working to clean up the debris.