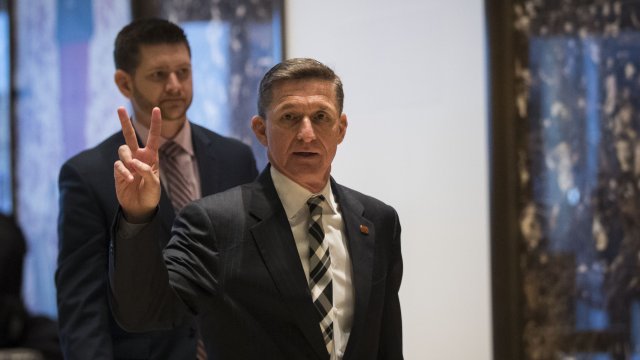 So on top of everything else, special counsel Robert Mueller might now be investigating an international conspiracy to kidnap a Turkish cleric.

A new report in The Wall Street Journal says Mueller is looking into a December 2016 meeting former national security adviser Michael Flynn and his son Michael Flynn Jr. had with Turkish government officials.

During that meeting, the Flynns were allegedly offered $15 million to hand over Turkish cleric Fethullah Gülen to the Turkish government. One source told the Journal the possibility of forcing Gülen onto a private plane and flying him to a Turkish prison island reportedly came up.

Reps. Gaetz, Biggs and Gohmert think Mueller can't fairly conduct his Russia investigation because of events that happened while he was FBI director.

Turkey believes Gülen masterminded an attempted coup last year against Turkish President Recep Tayyip Erdogan and has been seeking his extradition from the U.S. ever since the failed uprising.

Michael Flynn has seemed more than willing to help; on Election Day, he penned an editorial calling Gülen a radical terrorist. He later disclosed he had been paid over $500,000 for work that benefited the Turkish government.

As of Friday evening, Michael Flynn hadn't commented on the Journal report. But his spokesman denied similar allegations in the past.