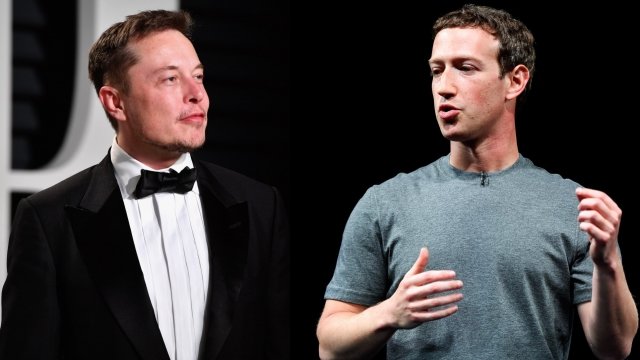 Elon Musk has long said artificial intelligence could be dangerous to humans. But Mark Zuckerberg argues the benefits of AI are too great to ignore.

Billionaires Elon Musk and Mark Zuckerberg have been trading barbs over each others' understanding of artificial intelligence.

Musk has argued AI could pose an existential threat to humans — an idea that we've already seen on the big screens thanks to Hollywood.

He's called AI "the scariest problem" and said robots would eventually be able to do everything better than humans.

But earlier this week, in a Facebook Live video, Zuckerberg disagreed with Musk's concern.

All drama aside, AI has caused split reactions from other respected scientists and tech gurus.

Elon Musk Wants To Build A Hyperloop On The East Coast

Some, like Neil deGrasse Tyson, aren't scared of the future of AI and argue the technology could be good for humans if it's managed well.

But others, like Bill Gates and Stephen Hawking, agree with Musk that AI is worth concern.

In 2015, Hawking and Musk joined thousands of others in an open letter, warning autonomous weapons could lead to a "global AI arms race."