Myanmar's Leader Finally Talked About The Rohingya ... And Said Little 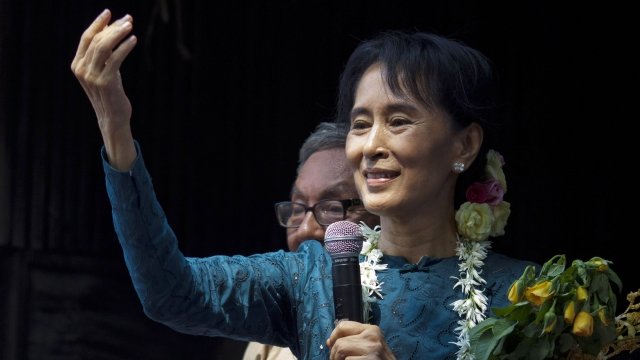 Aung San Suu Kyi had said little about the Rohingya crisis until Tuesday. In her 30-minute speech, she didn't denounce violence against the group.

After receiving widespread criticism for her silence on the Rohingya crisis and even canceling a trip to the United Nations General Assembly, Myanmar's leader Aung San Suu Kyi finally spoke publicly Tuesday. In her 30-minute speech, Suu Kyi only mentioned the Muslim minority group once and didn't denounce the violence against it. Human rights groups say Myanmar's military is committing the atrocities and sharply rebuked Suu Kyi's speech. More than 400,000 Rohingya — who are recognized by neither Myanmar nor neighboring Bangladesh as citizens — have fled their homes.