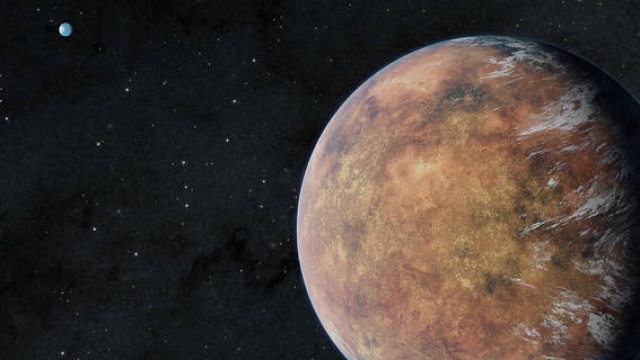 Could there be life on another planet? Scientists with NASA found another spot in the Milky Way that could harbor life.

Astronomers have discovered exoplanet TOI 700 e, which is an Earth-size world that orbits in its star’s habitable zone. NASA believes the planet is about 95% the size of Earth and is likely rocky.

The planet was discovered using NASA’s Transiting Exoplanet Survey Satellite, which surveys thousands of exoplanets around nearby stars.

Lying in the planet’s habitable zone means the planet’s temperature could allow for water to be in a liquid state. If the planet is too hot, the water would boil away. If it’s too cold, it would become ice.

A bright green comet will make its first pass in its likely only appearance in recorded history.

TOI 700 e is among two planets in its star system that could harbor life. Planet d is also an Earth-size planet that orbits within the star’s habitable zone.

“This is one of only a few systems with multiple, small, habitable-zone planets that we know of,” said Emily Gilbert, a postdoctoral fellow at NASA’s Jet Propulsion Laboratory. “That makes the TOI 700 system an exciting prospect for additional follow-up.”

TOI 700 has been under investigation for some time. It took researchers an additional year to figure out the details of TOI 700 e.

NASA said TOI 700 is a cool dwarf star located about 100 light-years from Earth. In total, NASA has discovered four exoplanets circling the star.