NASA Has Two Very Different Robotics Missions To Choose From 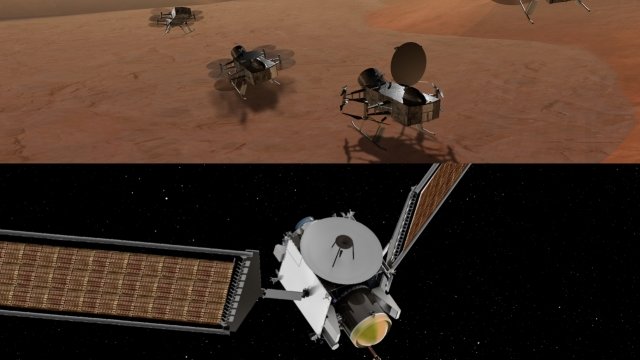 NASA must decide whether it discovers the origins of an icy comet or explores the potential for life on a moon.

NASA's deciding between two missions. Does it discover the origins of an icy comet? Or does it explore the potential for life on a moon?

The space agency announced it's choosing between these two robotic missions after narrowing the list from 12 original ideas.

Option one is called the CAESAR mission — a spacecraft would bring back samples from a comet previously explored by the European Space Agency. Understanding what the comet is made of could shed light on how Earth's oceans, and life, came to be.

The planet is in the Kepler-90 system more than 2,500 light years from Earth.

Option two is the Dragonfly mission. In that case, a drone-like craft would explore the organic chemistry of Saturn's moon Titan to determine how habitable it really is.

Both ideas are receiving funding for further development. Whichever NASA chooses is expected to launch in the mid-2020s.