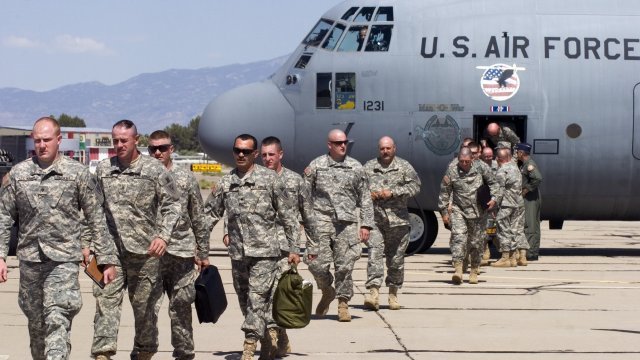 The National Guard says its presence helped free up border agents to focus more on guarding the border.

U.S. Customs and Border Protection said Wednesday that National Guard troops "contributed" to the apprehension of about 1,600 people attempting to cross the U.S.-Mexico border illegally, in the last three and a half weeks.

The National Guard said troops are performing tasks like surveillance, which means more border agents are able to physically guard the border.

And the number of apprehensions may rise. President Donald Trump said he was considering requesting between 2,000 and 4,000 National Guard troops be placed at the border last month.