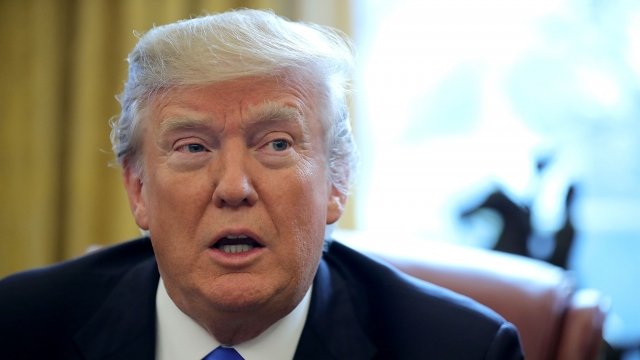 The nations President Donald Trump reportedly referred to as "shithole countries" are responding to his remarks.

The nations U.S. President Donald Trump reportedly referred to as "shithole countries" are responding to his remarks.

A spokesperson for the African Union Commission told reporters the group is "frankly alarmed" by Trump's statement, adding, "This flies in the face of all accepted behavior and practice."

Haiti's former prime minister had some stronger words for Trump on Twitter. He wrote, in part, "It shows a lack a respect and IGNORANCE never seen before in the recent history of the US by any President!"

As we previously reported, Trump allegedly made the comments during a conversation about immigration. Reports claim Trump said, "Why are we having all these people from shithole countries come here?"

In a tweet, Trump said his words were "tough" but claims he didn't use that specific language.