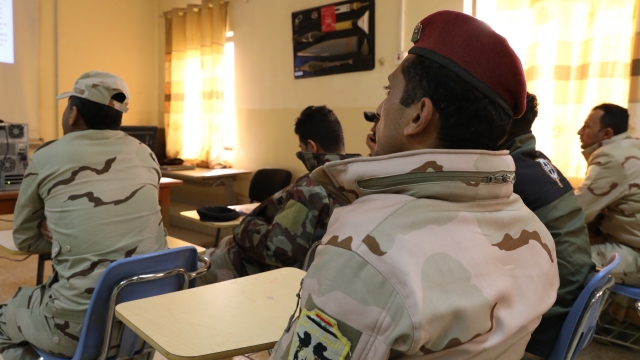 NATO said its mission will continue, but training is temporarily suspended as a safety precaution.

NATO is halting its training of Iraqi forces after a U.S. airstrike in Iraq killed a top Iranian general.

The alliance announced the suspension on Saturday. NATO's acting spokesman said in a statement that its mission will continue, but training is temporarily suspended as a safety precaution.

The Canadian-led NATO mission had been training Iraqi forces since late 2018 to help keep ISIS at bay.

The Pentagon confirmed Thursday it carried out the attack that killed Iranian Major-General Qasem Soleimani on orders of President Donald Trump. Soleimani was head of Iran's Quds Force — a group the U.S. State Department  designated as a foreign terrorist organization in April. The Defense Department said he'd been "actively" planning attacks on U.S. troops and diplomats in Iraq.