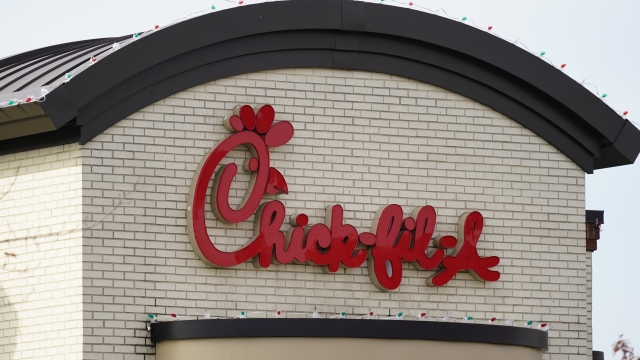 California Governor Gavin Newsom signed a bill that will give minimum wage workers more say in their pay and work conditions.

Fast food chain workers in one state could soon be making triple the federal minimum wage. And that shift might have national ripple effects for low-wage workers.

It comes from a recently passed law in California that gives new power to workers across the fast-food industry to set standards on wages and working conditions.

It's a system that could start a new way for workers in other states to fight for a living wage, but restaurant owners, fast food companies and trade associations worry it could raise food prices in an economy suffering from inflation.

So, where did this come from? And how will it affect the fast-food industry?

"We recognize there are sectors of our economy where we're falling a bit short and one of those areas is fast food workers. A bill that empowers our workers, particularly in that sector giving them more voice, giving them more choice, creating a new council, and I'm proud on Labor Day, to sign that bill and enshrine it in law," said Newsom.

Wildfire season is raging across the western U.S. and fierce competition for workers is exacerbating challenges for agencies that employ firefighters.

It creates a fast food council system that will consist of workers, industry representatives, franchise owners and state officials. They'd work together to set labor standards for workers, including the minimum wage.

We should note we don't know yet what number they would land on for a minimum wage, and an increase may be gradual. But the law says it can be anything up to $22 an hour.

That number on its own could be groundbreaking. It would be a 40% pay hike from the state's existing minimum wage of $15 per hour for most workers. And it covers more than half a million employees who work at restaurants with 100 or more locations.

California is the third-most expensive state in the U.S. to live in and has half of the top ten most expensive metro areas, according to the Bureau of Economic Analysis.

Anneisha Williams, a single mother of six, is an employee at Jack In The Box. She's fighting for $15 an hour.

"That will go to my bills because my rent has gone up. You know, they talk about how minimum wage is going up. We need it because the cost of living went up," said Williams.

Fast food workers in California, like Los Angeles have had it especially rough in the past few years. Her challenges have led her to join the Fight for 15 Movement advocating for a higher minimum wage.

A study earlier this year by the UCLA Labor Center surveyed fast food workers in Los Angeles. It found that in addition to limited protections from COVID-19 infection, many workers faced threats of wage theft, lost hours and a lack of paid sick leave.

"I did lose out on wages, you know, because I had to take off for school. And they don't pay you for taking off. I don't have sick time to take off for work, so I had no choice but to lose out on those wages for the time that I did so. It was two, on two occasions that I had to miss out for a couple of days out on work because of COVID," said Williams.

Nearly two-thirds of workers experienced wage theft, including a lack of reimbursements for supplies, late paychecks and limited breaks. And nearly a third of workers, including Anneisha, said they weren't provided with paid sick time.

"With this bill, AB 257— that will help us be able to collect our wages that we missed out on in case, you know, things like that happen. Our kids get sick or we get sick or something, you know? That right there would have our back, you know, that would be it for us. You know, who, who wants to miss out on money when they're sick?" she said.

Businesses already have some worries about this. Large chains including Chipotle, Chick-Fil-A and In-N-Out are sponsoring efforts to block the bill.

The National Restaurant Association and the International Franchise Association put out a joint statement condemning the bill for unfairly punishing small businesses and portraying restaurants as bad employers. They worry the law could lead to food prices rising too quickly.

Jeff Hanscom is the vice president of state and local govt. relations at the International Franchise Association.

But the numbers seem to indicate the effects on prices may be relatively small. Michael Reich, a UC Berkeley economist and wage expert, told Newsy that a study by researchers at the Boston Federal Reserve and MIT found that a sudden minimum wage bump from $15 to $22 would increase prices, but just a pinch.

"My calculation is that just looking at this business model, the increase in prices going up to $22 would be about 2 to 3%. So that means for something like a $2 Burger King bacon cheeseburger, is one example, or the Taco Bell burrito, that's $2. That's about a nickel increase. That isn't going to really deter people from buying those items," said Reich.

Industry groups have also supported a referendum that could block the law from taking effect. If they get enough signatures by December 1, the law would be put on hold until a statewide referendum in 2024.

"We're talking about nearly 15,000 franchise businesses that are impacted by 257 or at least 15,000 units in California that are part of chains with 100 or more locations. But 70% of those — 70% of the franchisees in California — only own one store," said Hanscom.

Legal challenges could also be on the way, as there are questions about whether this setup that allows bargaining for industry-wide standards could be blocked because it's not one covered by the existing federal law called the National Labor Relations Act.

San Francisco-based lawyer Ellen Bronchetti works with employers in labor law cases and says that businesses could use this route in an effort to block AB 257 from taking effect.

"There's an argument that the NLRA is the sole and exclusive law that should govern how employees can work together collectively to force their employers to increase, to provide better wages and working conditions," said Bronchetti.

If the council system takes effect, this could have consequences for fast food workers in other parts of the country, if other states try a system like this that relies on bargaining agreements that cover entire industries.

"This type of system has had various degrees of success overseas in places like Europe and South America and Canada, but it's not recognized as a standard in the United States. This type of council proposal in the statute, in effect, does create what I would view as the first of its kind sectoral bargaining mandate that we've seen, and it could have a huge ripple effect if it's successful not just on the fast food industry, but on other industries," said Bronchetti.

"Wages have been rising since just before the pandemic and through the pandemic, and especially in restaurants. And so now the actual entry wage, the starting wage is well above $15. It's more like $17, $18 in many parts of California," said Hanscom.