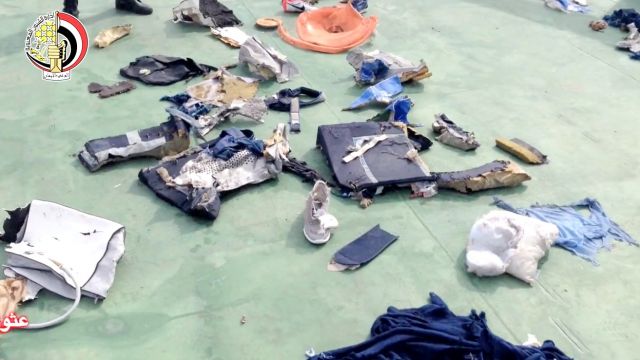 New evidence suggests an explosion happened before EgyptAir Flight 804 went down, but officials aren't sure what caused it.

Officials are still trying to figure out what caused EgyptAir Flight 804 to crash. But more and more evidence appears to be pointing to an explosion onboard.

"Investigators are working on [the body parts] right now. They are inspecting these parts. We understand they are really, really small parts, and it might take up to two weeks before, or even more, until the DNA tests are finished and results are announced," a BBC reporter said.

Officials have yet to rule out a mechanical failure or terrorism, although it's important to note no terrorist group has claimed responsibility for the crash.

Over the weekend, a BEA official — the French government agency that investigates aviation crashes — said the plane's smoke alarms went off shortly before it went down. Still, officials haven't determined why.

The plane was flying from Paris to Cairo last week when it crashed into the Mediterranean Sea. All 56 passengers and 10 crew members onboard were killed.

This video includes clips from the Egyptian Ministry of Defense and images from Getty Images.