This 'Living Ink' Degrades Pollutants And Helps With Organ Transplants 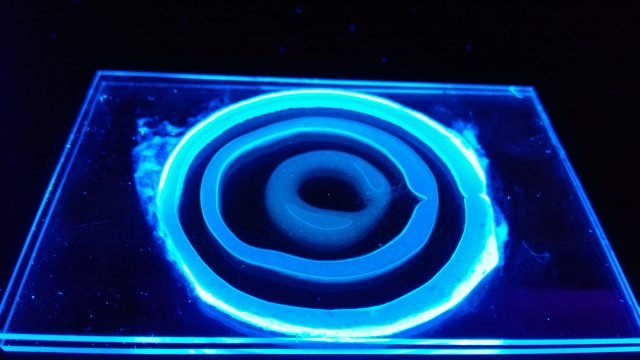 Scientists have been able to put bacteria into already-printed objects, but a new approach shows the process might have other applications.

Manuel Schaffner and Patrick A. Rühs

Living cells and robots may seem like polar opposites, but scientists have shown the two can work together by doing weird things, like uploading code for a GIF into bacteria. But a new, even weirder video of a doll getting bacteria-laden ink 3-D printed on its face shows a more practical reason for the two to team up.

The idea of building robots with living cells and tissues isn't new. Some researchers think the biological materials could help machines move more efficiently and precisely.

These Robots Can 'Heal' Themselves

In the new study, scientists wanted to see if they could create a functional living ink — which they call "flink" — and use it in a 3-D printer.

They created two gels: one with bacteria that breaks down toxic chemicals used in plastic production and another for use in skin replacements and organ transplants.

The team also found the live bacteria helped the gels keep control of their shape and composition. They printed a series of various objects, like a 3-D grid structure and a T-shirt-shaped object. The scientists say neither ink was harmful to the bacteria.