Scientists Don't Know Where All This Extra Antimatter Came From 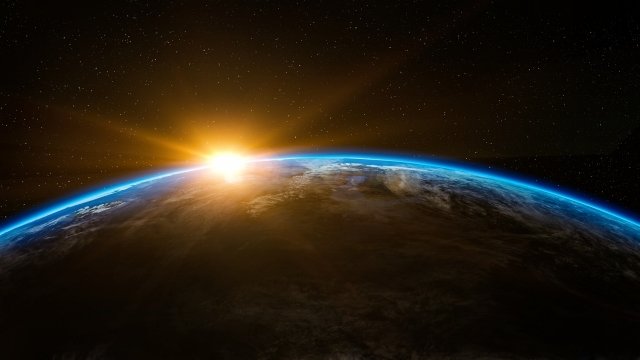 A new study says dark matter might have something to do with it.

When it comes to unraveling the mysteries of space, it takes giant experiments to find the smallest clues. Case in point: To locate where extra antimatter hanging out around Earth comes from, one group built a telescope out of 15 million gallons of water.

The High-Altitude Water Cherenkov Gamma-Ray Observatory searches for signs of positrons, which are like electrons but with an opposite charge. When these particles collide, they give off bursts of radiation that telescopes measure as tiny flashes of light.

In 2008, scientists found more positrons than expected above Earth's atmosphere. One explanation says these particles might have traveled across space to Earth from collapsed stars known as pulsars, which launch electrons, positrons and other matter with a ton of force.

But a new study using the water observatory might have ruled out the pulsars. Researchers say the most likely candidates are in the middle of clouds of dust and gas that keep most positrons from reaching Earth.

These positrons could also come from some interaction with dark matter. We can't detect it on its own, but we're still sure it's all around us because we can see its gravity working on the rest of the cosmos. Researchers can't say whether ruling out pulsars makes the dark matter explanation any more likely, but it could be another small step toward making direct measurements.

A water-based telescope might not be able to help narrow that search down, but other giant experiments might. Earlier this year, a super-cold dark matter detector buried under the mountains in Italy started its first trial runs.