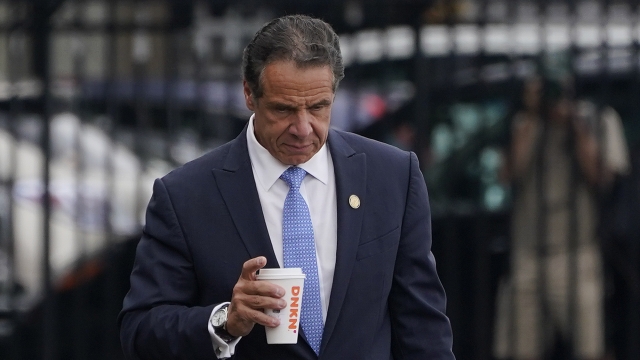 Following Cuomo's resignation, speaker of the Assembly Judiciary Committee said it can't impeach an elected official who is no longer in office.

The New York state Assembly will suspend its impeachment investigation into Gov. Andrew Cuomo once he steps down, the chamber's top Democrat said Friday.

Cuomo announced his resignation on Tuesday over sexual harassment allegations, days after he faced increasing pressure to resign or face the possibility of being ousted by the Democratic-controlled Legislature through the impeachment process. He said at the time that it would not take effect for 14 days.

Speaker Carl Heastie said in a statement that the Assembly Judiciary Committee had heard from its lawyers that it can’t impeach and remove an elected official no longer in office. Nevertheless, Heastie said, the evidence the committee had gathered “could likely have resulted in articles of impeachment had he not resigned.”

Cuomo announced Tuesday that he would resign rather than face a likely impeachment trial.

Since March, outside lawyers have been helping the committee conduct a wide-ranging investigation on whether there were grounds to impeach Cuomo, a Democrat. The announcement came on a day the Assembly had initially set as a deadline for Cuomo’s legal team to respond with any additional evidence refuting the allegations against him.

Some Democrats, including Assemblymember Ron Kim, had urged the Assembly to impeach Cuomo anyway to prevent him from running for office again in New York.

Some Judiciary committee members, including Democrats Phil Steck and Kenneth Braunstein, said Friday morning that they wanted the committee to at least release a report of their findings to the public.

Heastie on Monday estimated the probe has cost taxpayers “millions” so far.