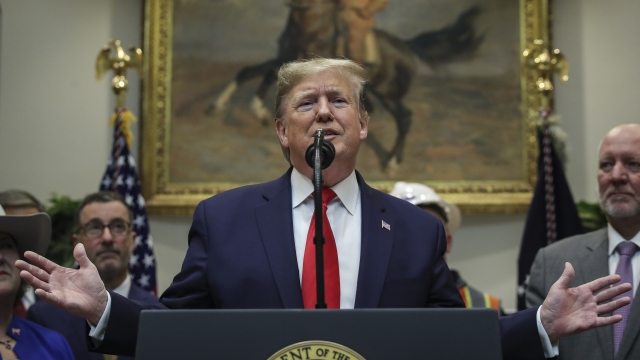 E. Jean Carroll filed the lawsuit in November, and it's tied to her sexual assault allegation against President Trump.

A New York judge ruled a defamation suit against President Trump can proceed.

E. Jean Carroll filed the lawsuit in November, and it's tied to her sexual assault allegation against President Trump.

She accused him of raping her in a department store dressing room in the mid-'90s. The president denies the charge, and says she made up the story to sell her book.

President Trump's legal team asked the court to dismiss the lawsuit, claiming New York courts didn't have jurisdiction because the president lives in Washington, D.C. The judge dismissed that argument and said the defense didn't do enough to make their case.

In her ruling, she said, "Although defendant Trump, through his counsel, claims lack of personal jurisdiction, notably, there is not even a tweet, much less an affidavit by Trump in support of his motion."