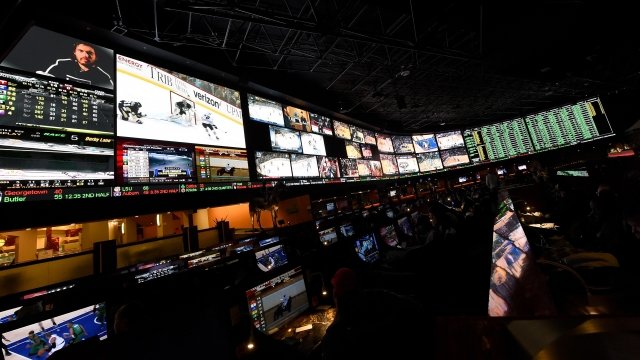 There's a lot of money gambled illegally every year. So when that money goes into a legal marketplace, who ends up with the profit?

Major professional sports leagues like the NFL, NHL, NBA and MLB are gearing up for the possibility of major changes to how they operate after the Supreme Court struck down a law that effectively outlawed sports betting.

One of the biggest uncertainties here, at least by the numbers: revenue. The American Gaming Association says $150 billion is wagered illegally on sports every year in the U.S. That's big money, and you can bet a discussion of who keeps that money in the legal market is something the leagues will want to be a part of.

Earlier this year, NBA Commissioner Adam Silver said the league should get a 1 percent royalty fee from money wagered on its games. Silver has been a big proponent of legalized sports gambling, and the NBA released a proposed framework for legal gambling in January.

The other major uncertainty the leagues are focused on: what they call the "integrity" of their games. Of course, that could mean a lot of things, but they're likely talking about players betting on their own games, being paid off for certain plays and so forth. The leagues already have policies against that, but a legal market could up the stakes.

The MLB says it will work with states to ensure "the proper protections for our sport." The NFL said it'll ask Congress to put in place a set of regulations for legal sports betting, and the NBA seconded that motion. The NHL says it's reviewing its policy on sports betting but pointed out the decision won't have an immediate impact.

States like Delaware and New Jersey are moving fast to get sports betting windows up and running, and other states like Connecticut, Illinois and New York could follow suit.