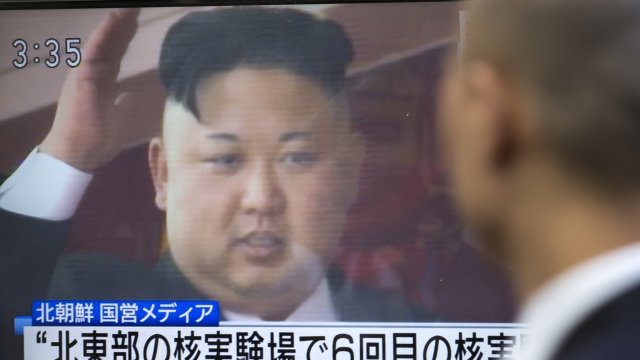 North Korea says it might test a nuclear bomb in the Pacific Ocean. The warning comes after President Donald Trump's speech at the United Nations General Assembly.

"The United States has great strength and patience, but if it is forced to defend itself or its allies, we will have no choice but to totally destroy North Korea," Trump said.

Kim said Trump would "pay dearly" for his warning of destruction.

The U.S. and North Korea have gone back and forth in recent weeks. The North conducted a nuclear test in early September that was condemned worldwide.

The funds will be distributed via United Nations agencies to help North Korean children and pregnant women.

Now, despite sanctions from the United Nations and the U.S., the regime is threatening another one.

There's no telling exactly where North Korea would conduct this test or when. Previous U.S. underwater nuclear tests suggest the energy could cause major waves and harm ships in the area.

CNN reports a blast also could devastate the environment and cause potential health problems for people near the site.