North Korea Is Closing In On A Sixth Nuclear Test 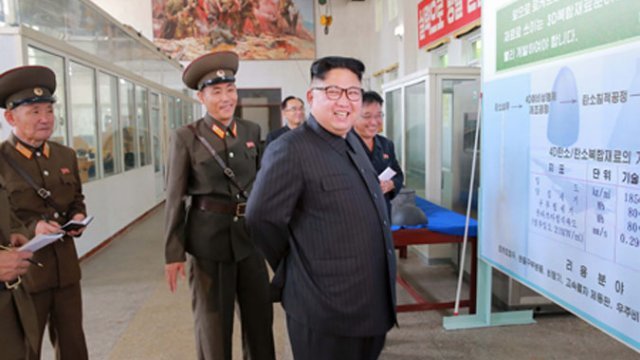 North Korea will reportedly conduct another nuclear test soon. But tracking its nuclear program activity is tougher than you think.

While North Korea has been testing a variety of missiles in recent weeks, it is also reportedly planning a sixth nuclear test. But there are still plenty of questions remaining, as the U.S. and expert analysts are unsure when the test will occur. That being said, analysts believe North Korea could test a miniaturized nuclear warhead, which could be attached to an intercontinental ballistic missile that could reach the United States.

For a deeper understanding of this, Newsy spoke with two experts to give us some perspective on the speed of North Korea's nuclear development and what the United States and the rest of the world will be looking for when Kim Jong-un green lights a sixth nuclear test.

U.S. President Donald Trump warned in a brief statement Tuesday that "all options are on the table" when it comes to Pyongyang.