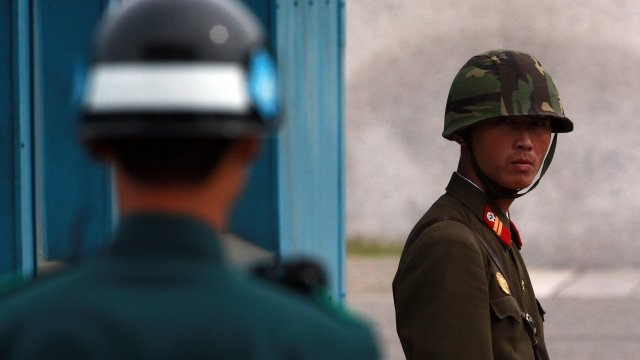 North Korea is urging countries to distance themselves from the Trump administration.

The Sydney Morning Herald published a letter North Korea's Foreign Affairs Committee sent to Australia's embassy in Indonesia. It reads in part, "If Trump thinks that he would bring the [Democratic People's Republic of Korea], a nuclear power, to its knees through nuclear war threat, it will be a big miscalculation and an expression of ignorance."

The letter goes on, urging governments to "discharge their due mission and duty in realizing the desire of mankind for international justice and peace with sharp vigilance against the heinous and reckless moves of the Trump administration trying to drive the world into a horrible nuclear disaster."

The letter was sent Sept. 28 — just over one week after U.S. President Donald Trump condemned North Korea in his address to the United Nations General Assembly.

"No one has shown more contempt for other nations and for the well-being of their own people than the depraved regime in North Korea," Trump said.

North Korea's deputy ambassador to the U.N. said the situation in his country has "reached the touch-and-go point."

Bishop and Australian Prime Minister Malcolm Turnbull say they believe the letter shows sanctions against the North are working.

Despite North Korea's threats, it's been more than a month since the country launched a test missile.

It's unknown what other countries, if any, received a letter.