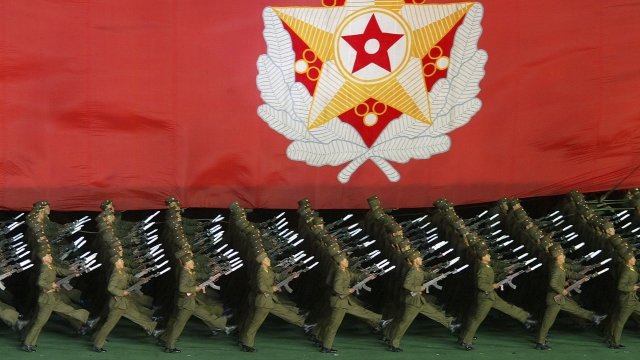 North Korea is blaming the U.S. for a new round of sanctions against it.

North Korea has responded to tough sanctions recently enacted by the United Nations. In a statement released by Korean Central News Agency, the reclusive country blamed the U.S., calling the sanctions a "violent violation of our sovereignty."

And it threatened to make the U.S. "pay the price for its crime ... thousands of times."

The new U.S.-drafted sanctions were approved over the weekend by the U.N. Security Council. They include a ban on coal, iron, lead and other exports from North Korea.

And that could cost North Korea more than $1 billion in hard currency, which is what the country uses to fund its missile tests.

Iranian President Hassan Rouhani said the country "will not remain silent about America's repeated violations" of the 2015 nuclear deal.

The White House said the two leaders agreed North Korea "poses a grave and growing direct threat" to many countries around the world, and they welcome the latest round of sanctions against it.