Could Telemedicine Be The Answer To HIV Prevention? 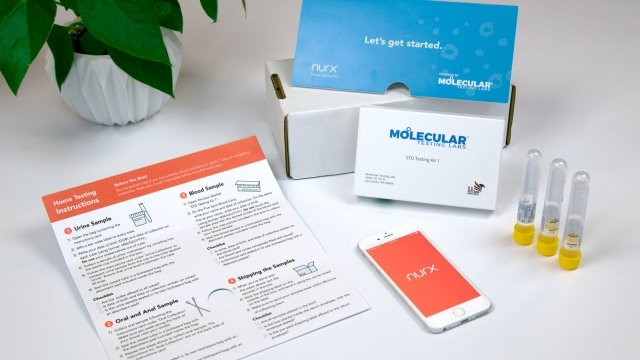 You can now get tested for and prescribed HIV prevention medication from an app.

Pre-exposure prophylaxis, or PrEP, is a daily pill that can reduce someone's risk of getting HIV anywhere between 70 and 90 percent. The World Health Organization and the CDC both support the drug for HIV prevention, but a lot of it is still sitting unprescribed on pharmacy shelves across the country.

Now, telemedicine — which uses technology like video chatting — is helping get the drug to those who need it the most.

"In many ways, telemedicine makes a lot of sense to sort of reach people that are just not going to go into a traditional doctor's office and get PrEP — either because they're just not going to do it or because they have tried to do it, and it's been met with a lot of sort of barriers to access to the care," said Jessica Horwitz, Clinical Development Lead at telemedicine company Nurx.

Horwitz says PrEP is underutilized among people of color and data from the CDC backs her up: African-American and Latino people are most affected by HIV, but "account for the smallest percentage of prescriptions."

Since 2016, Nurx has offered PrEP through its app and website, but now, it's also the first telemedicine company to offer at-home lab testing kits — one of the necessary steps to getting a prescription.

Since 2012, in-home tests for HIV have been approved by the FDA and sold at drugstores. But that one test isn't enough to get a prescription for PrEP.

"The home test kits felt like a way to really break the barriers for PrEP access, and to really reshift the paradigm of who gets to access this preventative treatment drug," Horwitz said.

Horwitz says the trip to the lab for testing can be difficult for some people, maybe because of distance, or stigma that comes with getting tested.

Other health professionals say the process for getting a prescription can take months — especially in areas that don't advocate for it — and it can also be expensive. Clinic visits and lab tests can cost as much as $500. Nurx's basic test is $150.

The ease of the telemedicine test, however, has its critics. The American Medical Association, for example, says telemedicine should be used along with face-to-face relationships with physicians — rather than replacing it completely.

Despite those recommendations, Nurx's team — which includes 16 medical providers and 18 registered nurses — says the lack of face-to-face interaction actually eliminates some barriers of a traditional office. They say patients can have more direct access to physicians, and may even feel more honest through a digital platform.