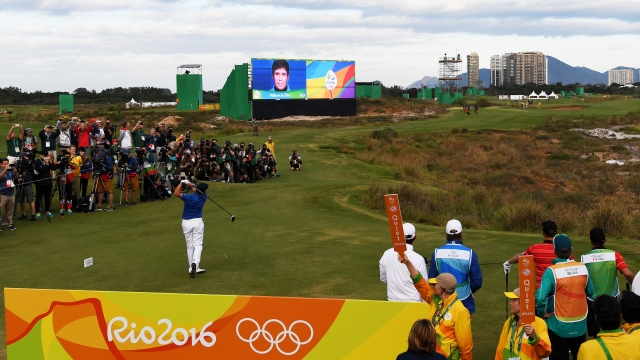 Officials had a new course built for the Olympic Games, but it's been mired in controversy. And some critics argue it didn't need to be built at all.

With many of the world's top golfers opting out of the Rio Olympics, the top storyline for the men's opening round may be the course itself.

Known simply as the Olympic Golf Course, it's making its competitive debut on Thursday. And because it's been 112 years since golf was a sport in the Olympics, a lot is riding on the course setting up challenging and entertaining performances.

But controversy is stemming from how the course was built and if it really needed to be built at all.

Rio de Janeiro was already home to a different top-tier golf course. It's actually been ranked in Golf Digest's top 100 courses outside the U.S. in the past, and, as the club's president argued, it had the proper set-up for the Olympics.

But not only did officials build another one, the new course also had a $60 million budget, though it was largely privately funded. Golf Magazine notes the starting price for an elite golf course is just $5 million.

The new course's location also encroached on a nature reserve holding several species not found anywhere else on Earth. An environmental activist told the Guardian he believes the Olympics is a "real estate scam."

Previous zoning regulations limited new buildings to be six stories tall. But a company that helped financed the new golf course was rewarded with the right to build almost two dozen 22-story high rises around the course.

But the golfers and future residents may have to deal with animals roaming the course –– like the world's largest rodents seen before Thursday's competition.

Still, with all of that, two of the top American competitors have said they feel good about their chances of playing well on the course, as long as the wind stays away.

The course is prone to heavy winds, and that could make it difficult. But there's little in the way of rough, trees and water hazards to get the golfers into trouble.